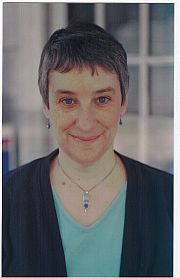 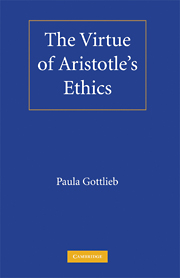 Paula Gottlieb was educated at Oxford and Cornell. She specializes in ancient Greek philosophy and Ethics. She has received fellowships from the Center for Hellenic Studies, Washington D.C. and the Institute for Research in the Humanities at the University of Wisconsin-Madison. Her work includes an analysis and commentary on Aristotle's Nicomachean Ethics I and II for Project Archelogos, the entry on Aristotle on Non-Contradiction for the Stanford Encyclopedia of Philosophy, "The Practical Syllogism", an essay in the Blackwell Guide to Aristotle's Nicomachean Ethics, edited by Richard Kraut, 2006, "Aristotle's Ethics" in the Oxford Handbook of the History of Ethics, edited by Roger Crisp, 2013, and The Virtue of Aristotle's Ethics, published by Cambridge University Press, 2009 (and available in paperback, 2011).

Recent papers include an article with Elliott Sober, "Aristotle on 'Nature Does Nothing in Vain"", the Journal of the History of the Philosophy of Science (HOPOS) V II 2, 2017, 246-271, "Aristotelian Feelings in the Rhetoric" in Virtue, Happiness and Knowledge: Themes from the work of Gail Fine and Terence Irwin, e d., D. Brink, S. Meyer, and C. Shields, Oxford: Clarendon Press, 2018, 169-83, "Aristotle on Inequality of Wealth" in Democracy, Justice and Equality in Ancient Greece: Historical and Philosophical Perspectives ed. Georgios Anagnastopoulos and Gerasimos Santas, Springer, 2018, 257-6, and "Aristotle, to kalon, and music" in Heather Reid and Tony Leyh, Looking at Beauty to Kalon in Western Greece: Selected Essays from the 2018 Symposium on the Heritage of Western Greece, Parnassos Press: Fonte Aretusa, 2019, 229-42.

Paula Gottlieb was awarded an NEH fellowship for 2018-19 to finish her book Aristotle on Thought and Feeling, Cambridge University Press, 2021, and her book in the Elements in Ethics, Cambridge Elements series, Aristotle's Ethics: Nicomachean and Eudemian Themes is now published with Cambridge University Press (June 2022). She was Central Divisional Representative to the Board of Officers of the American Philosophical Association, 2012-2015.